Poverty, war and other circumstances often leave children without parental support. You can make a difference.

Orphans hold a special place in the hearts of humanitarians. By their nature, children are vulnerable. The loss of a guardian leads to loss in opportunities, resources and much-needed support. Children who lose one or more parent often miss school, struggle with food insecurity and lack proper clothing.

At Baitulmaal, we believe being losing a parent should not deprive a child of food, clothing and shelter or sentence a child to a life of endless poverty. This belief drives us to provide support for institutions helping orphans sustain their lives and support their development.

If you also believe that orphans have as much as right to life-sustaining resources as children with both parents, then donate generously to our orphan support fund.

Without the generous financial contributions from donors like you, we would not be able to provide the food, clothing, shelter and other support to orphans in need around the world.

Below are orphan support projects you can support. Baitulmaal Responds to Earthquake in Pakistan 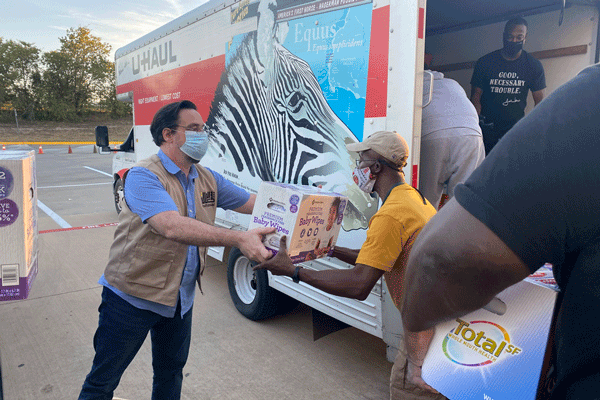 👇 More photos below... 👇More than 50 hospitals serving over 985,000 people receive aidYEMEN, September 09, 2021 -- Baitulmaal, a Dallas-based international humanitarian relief agency, recently completed the distribution of $4.6 million worth of medical supplies to...